Foxearth, our eighth field school of the year (and our first since losing ACA’s Emily Ryley to the National Trust) kicked off on Wednesday 6th of June 2018 in the wonderful Foxearth Hall Barn which would be our base for the two days on site, and one of our most impressive bases of the season! We were joined by 30 mainly Year 9 and Year 10 students from County Upper School in Bury St Edmunds, The Ramsey Academy in Halstead and Thomas Gainsborough School in Great Cornard with supporting staff and volunteers from the Stour Valley Archaeology Group (SVCA)  who formed back in 2013 after working directly with ACA along the Stour Valley, and included Jan Lindsey-Smith, David Orrell, Alan Border, Peter Hart and Jane Crone. Our coordinators for the dig were Corrine and Phillip Cox and our thanks and best wishes go to both of them for their hard work and input both before and during the excavations. 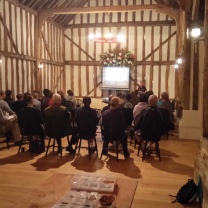 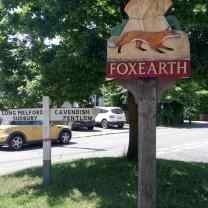 Alison Dickens (Manager of ACA) started the day off with a talk to the students and volunteers about the structure of the next three days of ILAFS, the first two within the village of Foxearth in north Essex, where the students will be excavating 1m2 test pits in back gardens through the village, and the third visiting the University of Cambridge and learning more about Higher Education. By undertaking this type of independent work, ILAFS aims to teach the students a range of skills that will be useful both during their time at school and college as well as in the future. Independent and creative thinking, team work, verbal communication and self-assessment are all part of the programme with this type of learning outside the classroom whilst also boosting the student’s confidence. Alison also talked about the practical side of archaeology and the all-important health and safety aspects of this unfamiliar activity to the schools.

After a quick break, with time for Cat Collins, ACA’s resident archaeologist, to brief the supervisors of each test pit, (they will also access the students over the two days, their attitude, and behaviour and how they work together), and the schools were split into eight groups of either three or four, with two students from each school making up the new team. 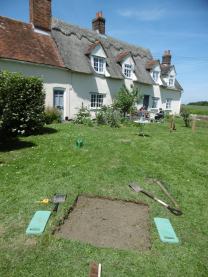 Foxearth is a small village nestled to the south of the River Stour, but has a long history and was recorded in the Domesday Book of 1086 as Focsearde to mean ‘the fox’s earth’ or ‘the fox hole’. This is our second year of digging in the village; in the summer of 2017, a total of eight 1m2 test pits were excavated through the core of the village, with one sited in an outlying farmstead. The results of last years excavations can be found on our website here and last years blog post about the dig here.

The 2018 test pits were sited again mainly through the core of the village, in-between the 2017 test pit sites, with again one out-lying farmstead to the south of the present settlement. The students on arriving on site, set out their 1m2 test pit to begin excavation, digging down in 10cm layers that we call contexts. Each of these layers and the finds are recorded separately and Cat was on hand circulating the test pit sites to help the students and identify the artefacts.

The sun shone brightly for us in Foxearth on the first day and because it has been dry, it was hard digging all around. Each group worked brilliantly together, building on their team work and perseverance skills, to first get through the turf and then excavated the sun baked clay soils that Foxearth was built upon! The finds from the first day were generally from the post medieval and later, although a single small sherd of medieval pot (AD 1066-1399) was found from the upper layers of test pit six at Hunters Lodge.

We were also visited on Day one by the local press and four of the test pits were photographed to appear in both the Bury Free Press and the Suffolk Free Press next week (either the 14th or 15th of June). 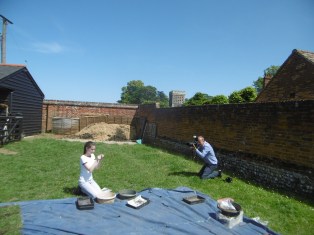 Day 2 dawned bright and warm and after signing in again, the teams headed straight back out to their test pit sites to continue with their excavations. Many of the test pit groups found that pouring some water on the ground actually helped with the digging through the clay, with all the groups at least doubling the work they had done the previous day. 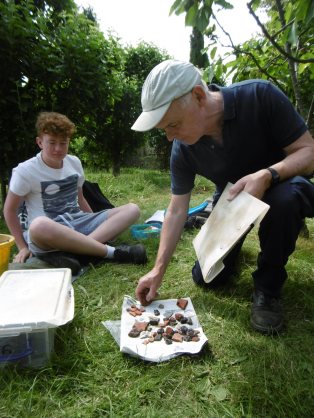 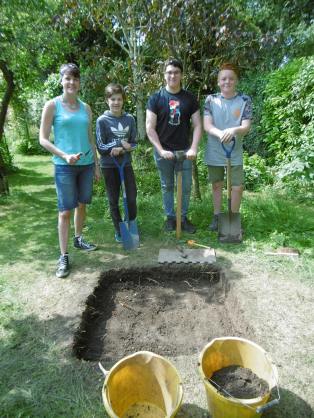 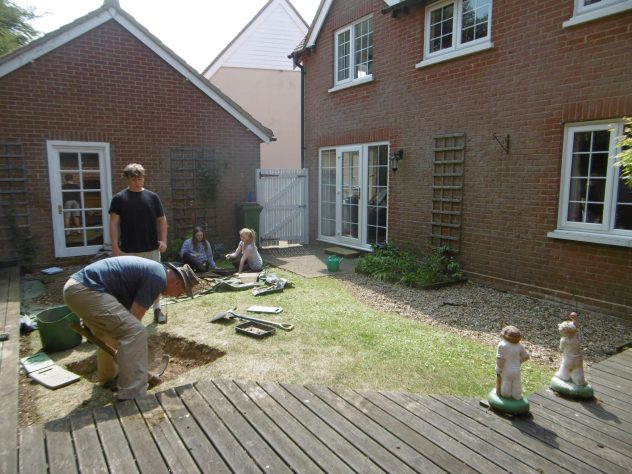 We were also joined on the 2nd day by Suffolk Archaeologist John Newman, who was on hand to identify the pottery in particular, but also circulated the test pits identifying other finds and offering advice. The full pottery report will be uploaded onto our website here, hopefully within the next week or so.

A few more sherds of medieval pottery were recorded from multiple test pits on the second day, all found within the centre of the village, one in the same layer as a plastic magnet of the letter J…the joys of test pit archaeology! But it shows just how mixed up the soil can be in a garden, particularly when people have been living there for hundreds of years. Evidence for probable Neolithic and Bronze Age activity was also recorded within the village, as a few sites yielded fire-cracked flint. These would have been utilised in cooking in later prehistory, by heating up the stones in a fire and then dropping them in a pot of water, this would boil the water very quickly, as quickly as a kettle does today! 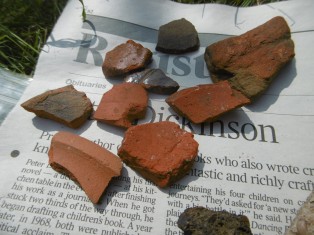 On the Friday all the students travelled into Cambridge and to the Archaeology Department  to hear a talk on settlement research and how to write up their results from the test pitting, pulling together all they have learnt over the last couple of days. The morning lecture was given by current PhD student at Cambridge, Eoin Parkinson, during which many of the students also gained the first experience of what learning at University is like. 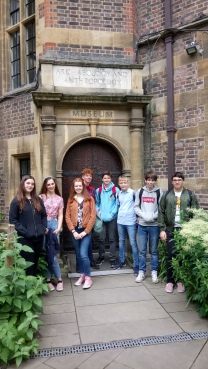 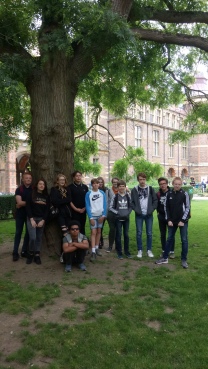 The schools then went to both Downing and St Johns Colleges for a welcome lunch, but were also given the opportunity to see where students at Cambridge eat, sleep, work and socialise, the colleges at Cambridge acting as their family for the duration of their degree. For some students, not only was it their first time visiting Cambridge but also seeing the University parts of the town, rather than just focusing on the shopping!

The afternoon session began in the Museum of Archaeology and Anthropology and was led by Jenny Williams, the idea of the session was to re-iterate what the students had learnt about settlements in the morning and how the artefacts found can relate to the settlements and applying this new knowledge in presenting a new way of displaying this in the form of a poster. As ever there was also time for a look around all the museum after the workshop (including a stop in the all-important gift shop!) We remind the students that all the museums in Cambridge have free entry and are encouraged to return when they have more time.

The final session of the day was a general talk by Dr Matt Wise, Schools Liaison Officer from Selwyn College on applying to University, the range of courses you can study and the variety of options available to you after you finish school. The aim of ILAFS is not to get students to study archaeology at University but to realise their full potential of reaching higher education, if that’s something they want to do. 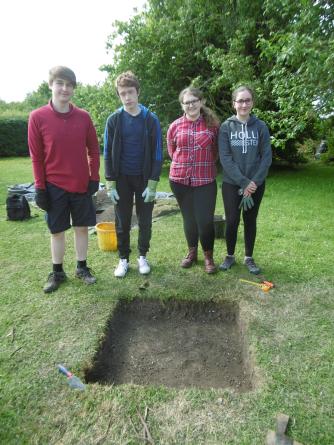 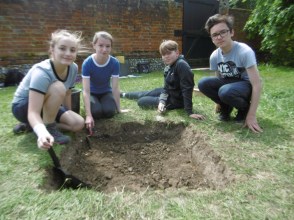 The feedback from both the students and staff from the three days was all very positive with the majority of students saying they enjoyed both learning how to do something new as well as being able to visit the University of Cambridge. One student said “I have gained more experience of teamwork and leadership, also more insight to the working of the university. Also I learnt more about historical processed and the subject in general” (HD County Upper). Other quotes from students included “I think I have developed a new outlook on school” (PC (Thomas Gainsborough), “I have gained a new experience, new friends and possibly a new idea in my head as a university subject” (DT County Upper) and “I have gained more experience using valuable skills that I can apply in the future” (TES The Ramsey Academy).

The staff all also rated the day as either good or excellent and said in particular that “It was good to see the students interact more readily with different peer groups” (SO County Upper) and “The students gained outside knowledge – not just where they live and meeting/working with new people” (JL Thomas Gainsborough).

We want to thank all the students and staff from Thomas Gainsborough, The Ramsey Academy and County Upper School for persevering through the field school and working so hard. Our thanks also to members of the Stour Valley Community Archaeology Group and in particular both Corrine and Phil Cox for enabling the test pitting in their village.